History is an important area of study, it teaches many skills which can be transferred to other subjects and can lead to careers in:

All pupils at Key stage three have 4 periods of History each week.  Throughout  the three years all Key Stage 3 pupils are gradually equipped with transferable skills to move onto GCSE history in Year 11.

In each KS3 year the pupils build upon existing skills and acquire new skills.  Some of these subject based skills include: Evidence enquiry skills, chronology, significance, cause and consequence and source analysis.

The History Department follows the CCEA Specification for GCSE History.  During the two year study pupils will not only learn inside the classroom but the Department encourages school excursions to Crumlin Road Gaol, Londonderry’s Tower Museum and Berlin.

The department does require prospective AS/A2 students to have a grade C and above in GCSE History and GCSE English.    The modules studies at A Level are;

Here are some tweets from our Twitter feed @GHSHistory1 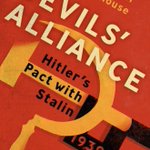 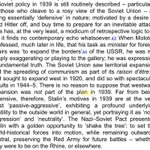 This Day in Irish History@ThisDayIrish·
22 Feb

This day 188 years ago - 22 February 1832 - the first ever burial took place at Glasnevin Cemetery, that of 11-year-old Michael Carey from Francis St, Dublin. 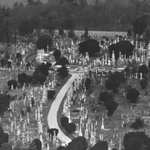 #OTD 1946: US diplomat George F. Kennan's "Long Telegram", proposing how the United States should deal with the Soviet Union, arrives in #Washington from the US embassy in #Moscow. #coldwarhist 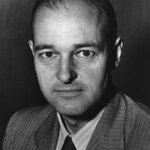 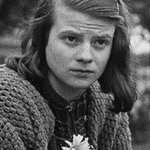 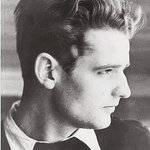 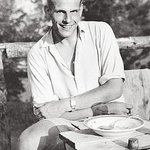 22 February 1943. Sophie Scholl (aged 21), was executed by guillotine by the Nazi regime in Munich for ‘high treason’. Her crime was distributing anti Nazi leaflets as part of the White Rose Resistance Group. 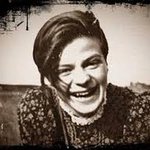 For more information on specific modules use the links below:

30 Glengormley High students visited Poland at the end of February.  The first day consisted of a walking tour of the city of Krakow – including the Old Town Square, the former Jewish Ghetto and Wawel Hill and Castle.  The students heard how Krakow has developed as a city with a focus on the historical context of the treatment of the Polish Jews under the Nazi regime.  This was further explored with a visit to the Schindler Museum.

Saturday consisted of a trip to the extermination camp at Auschwitz-Birkenau where the students were informed of the extent and nature of the Holocaust.  The students were able to relax that evening with a quiz courtesy of Mrs Kerr and Miss Dowds.  We visited the Salt mine on Sunday.  It features an underground lake, a chapel and various exhibits on the history of salt mining in the region.

On Monday three of our Year 10 pupils attended the finals of the Shared Understanding Partnerships Initiative poster competition at Queens University. This is run in conjunction with the Newtownabbey Learning Community and Queens University. Well done for winning through to the finals and to all our entries. Special congratulations to Lewis who attained third place in the Research category.

Well done to our Historians of the Month for October!


Year 13 Public Services class were joined by their peers from Blessed Trinity as local politicians visited Glengormley High to engage with the pupils about issues in our community, the voting process and their role as a politician.

The students were joined by Councillor Michael Maguire of the UUP, Councillor Noreen McClelland of the SDLP and John Blair, Alliance party MLA for South Antrim

On Friday a number of sixth formers got the opportunity to travel to HMP Magilligan and view the permanent exhibition within the prison to the Holocaust. The exhibition is housed in a number of Nissen huts and was exclusively made by inmates of the prison. They include audio visual displays and images of the persecution and genocides.

On Thursday Year 11 students visited the synagogue in Belfast and got the opportunity to meet and hear the story of Joan Salter MBE. She is a child survivor of the Holocaust. She was born in 1940 to Polish Jewish parents and she was three months old when Belgium was invaded by the Nazis.
After the German invasion of Belgium in May 1940, Joan’s father was deported, along with all non-native men over the age of 15. Her mother took Joan and her sister to Paris, and eventually over the mountains into Spain in early 1943.

From there, Joan was transported to America and was fostered. We were also able to hear of the history of the Jewish population in Belfast and of the features of the synagogue.

This was a very emotional and humbling testimony that was appreciated by all the students and staff alike.

Mrs McCartney and Mr Kennedy’s Year 13 Public Services class were joined by Councillor Michael Goodman of Sinn Fein and Councillor Phillip Brett of the DUP today. The councillors talked to the pupils about the challenges of local politics, the role and responsibilities of a councillor and how young people can get involved in the development of Glengormley town. The pupils evaluated the visit in a debrief and will put their knowledge to use in pursuit of their qualification.

Here’s what some of our pupils thought:

Joel McTernaghan, “What I found interesting about the visit was that two members from parties that supposedly hate each other so much that they can’t work together in Stormont, were talking about how often they work together within our community.”

Abigail Brett, “I did not know there is funding available for community projects in Glengormley and the council is looking for ideas.”

Alice Stewart, “I learnt more about the election process and it was nice to hear it from someone directly involved. It felt more legitimate and made me feel more connected to my representatives.”

Congratulations to our Historians of the Month for September. Well done for all your hard work and effort. #heroichistorians #learningwithoutlimits #aspiretosucceed

Year 10 pupils continued their participation in the School University Partnerships Initiative from last year. They met with students from Rosstulla, Abbey Community College and Belfast High to present their entries into the SUPI – in conjunction with the Newtownabbey Learning Community – Poster Competition to commemorate the Great War.

Congratulations to all the entrants and best of luck to Kirsty Alcorn, Kacey Greer and Lewis Purdy who won through to the finals to be held in December at Queens University.